How can organizations leverage Blockchain as a service:

How can organizations leverage Blockchain as a service. Blockchain is catching the eye of one and all these days but the idea emerged back in 1991 by Stuart Haber & W.Scott Stornetta as they wanted to prevent timestamps of documents being tampered with, using a secured chain of blocks. The idea was formally conceptualized in 2008 after the inception of cryptocurrency Bitcoin by Satoshi Nakamoto. The next innovation was formally called Blockchain, after the thorough realization that the underlying technology operating Bitcoin can be used as a distributed ledger in various organizations & Businesses.

The practical adoption of Blockchain among the organizations still requires plenty of work, so as to reduce the technological gaps in implementing Blockchain applications. But the hype of Blockchain technology is huge and the future potential unparallel. Big enterprises are completely acknowledging the worth of Blockchain and thorough research is ongoing in order to remain a step ahead of competitors.

Blockchain as a Service (BaaS):

Blockchain as a Service is the creation of a third party, managing cloud-based services in the process of developing Blockchain applications. As the Blockchain technology has moved ahead of cryptocurrency and broadened itself to such an extent that there is a need for hosting services on a very high scale. Very similar to Software as a Service(SaaS), BaaS allows access to a network of Blockchain, providing the desired configuration to Businesses. A number of cloud service providers now offer services in BaaS, some of which include top-tier companies like Alibaba, Amazon & Microsoft.

1) How does BaaS operate for Organizations:

Although Blockchain technology is out there for quite some time Business organizations are finding it tough to cope up with the technological gaps, in their struggle to make the best use of this Blockchain technology. Severe technical complexities, lack of knowledge in cloud-based operations & heavy costs in building infrastructure are some of the disruptions that are hampering the progress of organizations in the field of Blockchain.

Seeing all this, there seems to be a desperate need for Blockchain as a Service (BaaS).

And hence the agreement between IT Service Companies and Business organizations is the ultimate pathway in making the whole scenario practically viable. BaaS providers deploy the needed Infrastructural resources and manage the whole Blockchain network. Depending upon the requirements of the organization BaaS partner can configure the Blockchain chain network on various distributed ledgers such as Quorum, Chain Core, Bitcoin or Ethereum, etc.

Responsibilities of BaaS providers also include support activities such as bandwidth management, optimization of resources, system health monitoring & active security measurements preventing the whole system from any sort of hacking attempt. Adaption of Blockchain-as-a-Service provides the freedom to Business organizations to remain concentrated in their core business, effectively manage business strategies & cope up with relevant challenges without having to worry about the other side as Blockchain-as-a-Service partner is there to handle the Infrastructural configurations. Hence a successful execution of the distributed-ledger workload.

Blockchain as a Service applications:

The vast potential of Blockchain is still unearthed. It has huge potential to offer, Blockchain can go far ahead of cryptocurrencies as long as timely explorations & researches are made.

Some top-notch contributors in Blockchain-as-a-Service (BaaS) and related applications are:

– Microsoft, in collaboration with ConsenSys, introduced Ethereum Blockchain-as-a-Service on Microsoft Azure back in the year 2015.

– Amazon has inaugurated Amazon-managed Blockchain, which assists in making and managing scalable Blockchain networks. It uses open-source frameworks including Ethereum and Hyperledger Fabric.

– Paystand, specialized in transactions between companies.

Blockchain possesses numerous advantages. It enables transparency, automation, security, and decentralized workflow providing solutions to a number of technical & tactical problems. Some applications of Blockchain as a service include:

Thousands of documents are needed to be handled properly by employees of an organization such as invoices, contracts, delivery notes, payrolls, etc. Managing all these is indeed an exhausting job.

The solution to this lies in Blockchain. Blockchain uses distributed networks of equipment (either anonymously on a large scale or in a small network) to verify and validate all the documents entering and leaving the organization.

In a file system based on blockchain, one can instantly verify the location of a specific document, when & who created it, and when was it last modified. All this is possible thanks to a unique fingerprint for each block that we introduce in the chain.

Instead of handing your data files straight to a company, Blockchain distributes them to a network across the world. The cloud is shared in between the permitted community, and no one else can access or tamper the sensitive data. So we can safely say that Blockchain could also be useful in public services to keep public data safe, available, and decentralized.

For ensuring transparency, Blockchain provides a contract execution platform. However, the decentralized narrative of Blockchain ensures that all the participants are treated equally & fairly. This helps in the efficient and secure processing of transactions.

The potential of Blockchain in the world of Business can not be underestimated. Meanwhile, BaaS is acting as a catalyst in spreading Blockchain technology through every bit and piece of the world. 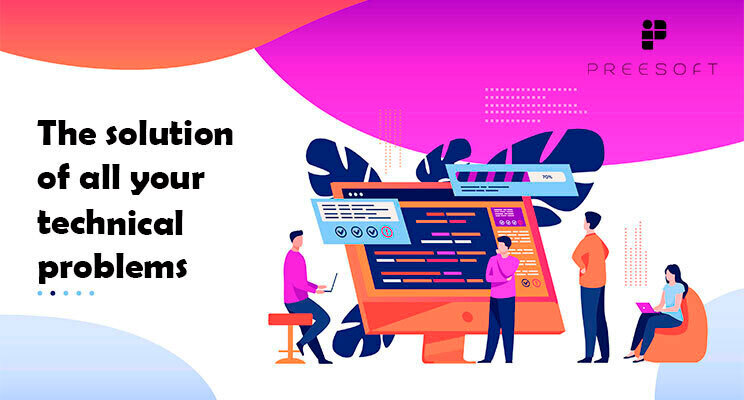 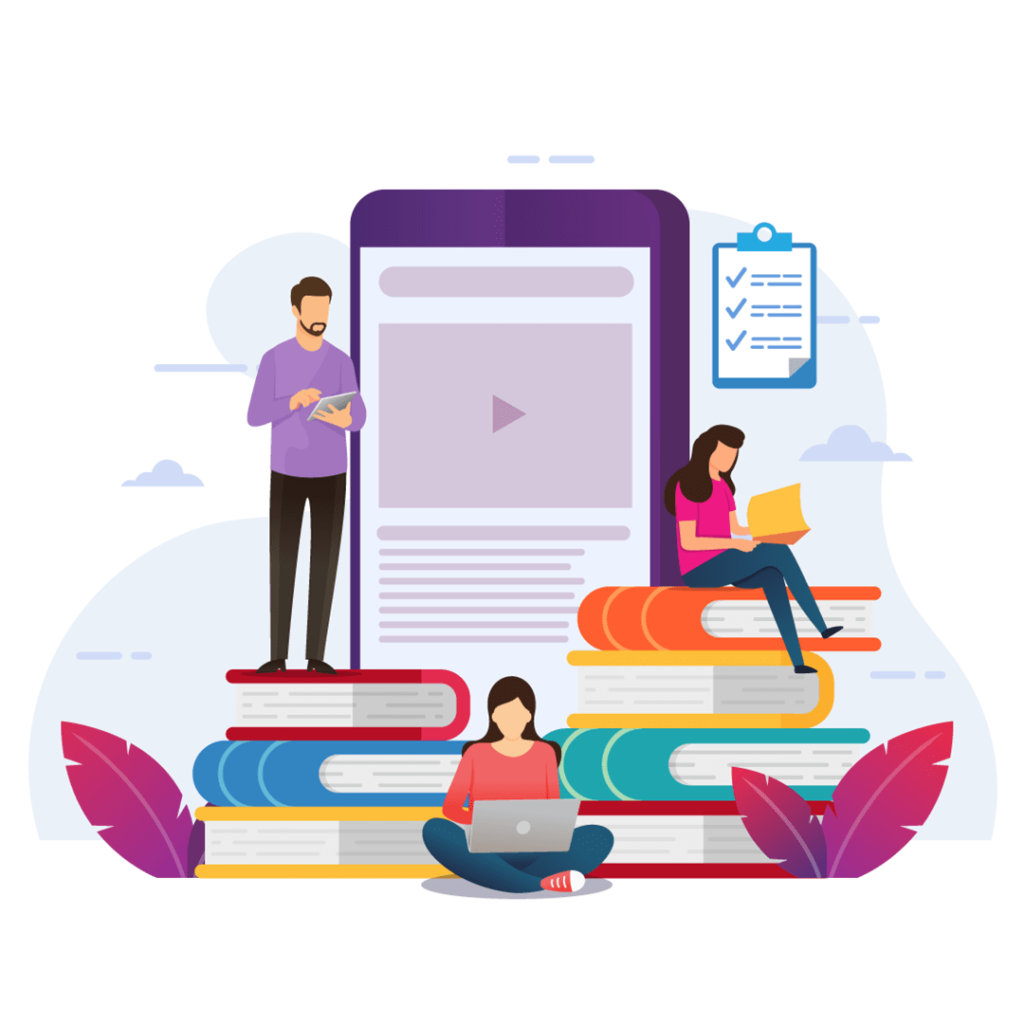 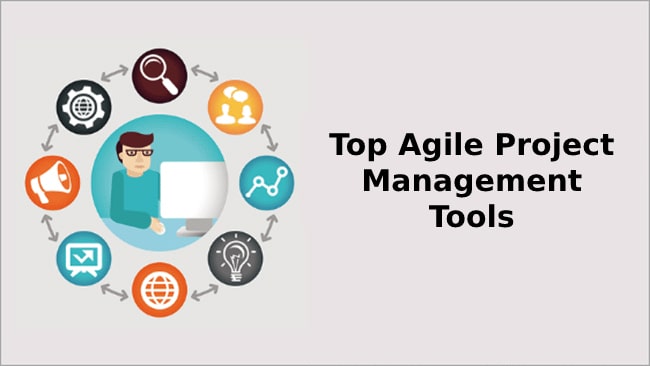 We are Ready to Help You

It’s time to make your business more successful with our professional IT solutions. Contact us today to find out how your company can benefit from our services.
Get a Quotation

Preesoft Pvt Ltd truly believes in customer satisfaction. Share your burden with us, we will provide you quality services. Trust us, you will have unbreakable bond with Preesoft Pvt Ltd.

This website uses cookies to improve your experience while you navigate through the website. Out of these, the cookies that are categorized as necessary are stored on your browser as they are essential for the working of basic functionalities of the website. We also use third-party cookies that help us analyze and understand how you use this website. These cookies will be stored in your browser only with your consent. You also have the option to opt-out of these cookies. But opting out of some of these cookies may affect your browsing experience.
Necessary Always Enabled
Necessary cookies are absolutely essential for the website to function properly. These cookies ensure basic functionalities and security features of the website, anonymously.
Functional
Functional cookies help to perform certain functionalities like sharing the content of the website on social media platforms, collect feedbacks, and other third-party features.
Performance
Performance cookies are used to understand and analyze the key performance indexes of the website which helps in delivering a better user experience for the visitors.
Analytics
Analytical cookies are used to understand how visitors interact with the website. These cookies help provide information on metrics the number of visitors, bounce rate, traffic source, etc.
Advertisement
Advertisement cookies are used to provide visitors with relevant ads and marketing campaigns. These cookies track visitors across websites and collect information to provide customized ads.
Others
Other uncategorized cookies are those that are being analyzed and have not been classified into a category as yet.
SAVE & ACCEPT
Scroll to Top
Scroll to Top